March 2019 marks the 30th anniversary of the original proposal that would become the World Wide Web. A lot has happened in those thirty years. HTML has grown. HTTP has evolved. Browsers have changed.

What about the thirty years before that? Tim Berners-Lee was influenced by ideas on hypertext. The World Wide Web couldn’t exist without the internet. And computers needed to be powerful enough, usable enough, and affordable enough to make a global collaborative information space a reality.

This visualisation takes March 1989 as its centre point. Advances in hypertext, networks, computing, and formats are fired into Information Management: A Proposal. An explosion of browsers, formats, servers, and websites shoots out the other side. The result is something that looks a bit like particles colliding. 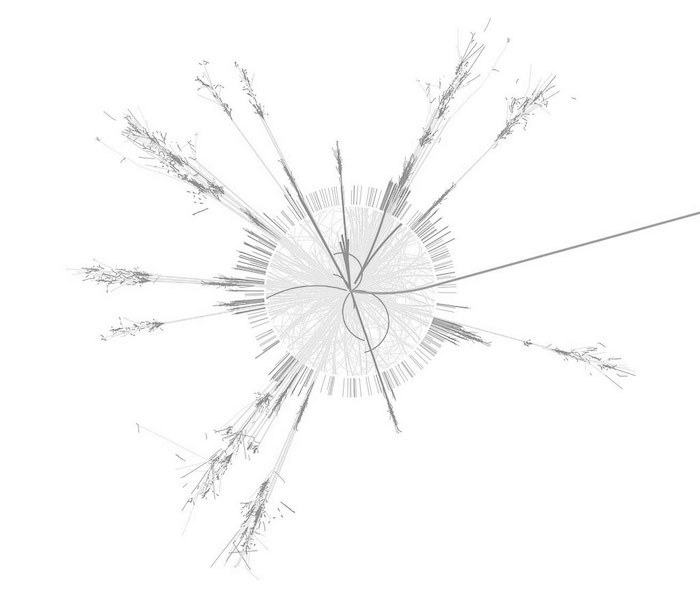